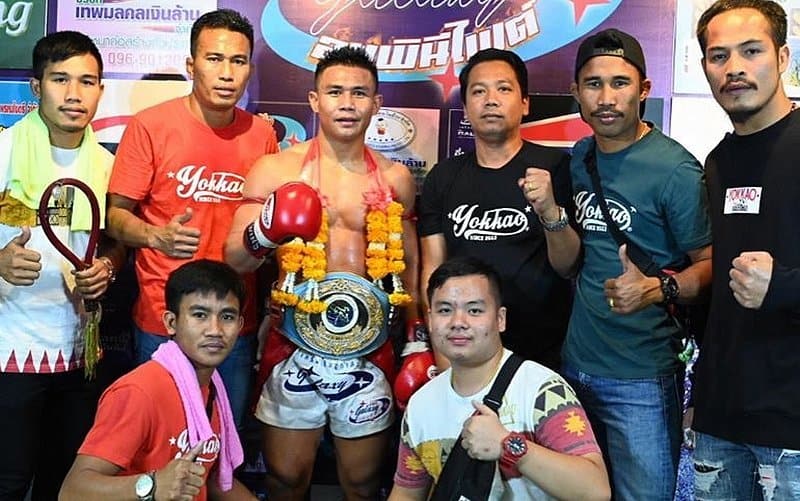 After a sensational KO victory on Yokkao Fight Night Bologna, Manachai is marking his return with yet another knockout win. Taking on a tough fellow Thai fighter, Traithep LSM99MAX at Lumpinee Stadium for the WMO 145lbs title, Manachai clinched the championship belt with a round-4 finish.

It was a hunt to end the fight, as Manachai unleashed his signature low kicks right off the bell. He was the dominant fighter despite Traithep’s reach and strong teeps but both sides took their time in the first two rounds.

As is the norm in Thai stadium bouts, the pair turned the intensity up a few notches in round three. Traithep took the fight to the clinch in a bid to take advantage of his taller stature but Manachai took things in stride, returning the favor with a barrage of knees and elbows to outscore in the round.

Traithep came out strong in round four but was quickly put in his place by Manachai who continued to match knee for knee in the clinch. Putting on the pressure with relentless elbows and knees, Manachai punctuated the fight with a hard stomach punch that sent Traithep to the canvas. The referee put a stop to the bout and Manachai was awarded with the WMO championship belt.

It’s a promising comeback for the Yokkao fighter who was out of action for two months. His next fight will take him to Italy where he will be featured alongside fellow camp mates like Yodchai, Singdam and Saenchai on Yokkao 45-46. The event will take place on 25 January 2020.

See his knockout win below: