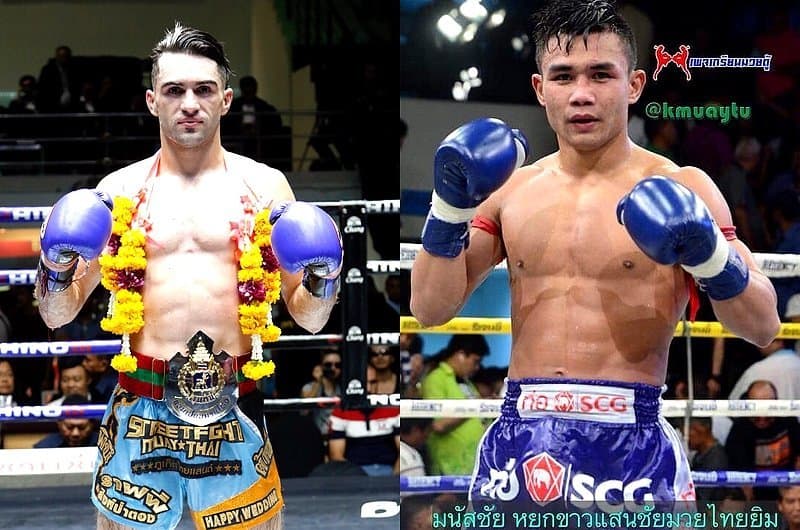 After being denied by Channel 7 at the last minute for the stadium title in February, it looks like Manachai Yokkaosaenchaigym is finally about to get a confirmed shot at a stadium title.

Since a series of wins in the last year, Manachai has moved up the welterweight division and now ranks 2nd at Lumpinee Stadium (See below). It’s been a long wait coming for the 21 year-old fighter who was once ranked number 1 during his days at Kiatmoo9 camp. The sweet spot gives him a justified shot against current title holder, Rafi Bohic who fights out of Singpatong gym.

Rafi is a French fighter who has been competing on the elite stadium scene over the last few years. He quickly rose to prominence with his win over Pongsiri PKSaenchaigym that got him the Lumpinee Stadium Welterweight title in July last year. He has since defended his title successfully and now has another contender in the line. Interestingly, Manachai took a win against Pongsiri earlier in February so this might be as close a match as it gets.

The match would have materialize this month on the 22nd but had to be postponed due to a prior arrangement. Manachai will be appearing on Buakaw Banchamek’s All Star Fight on 21st May in Hong Kong. Both parties are now working together to finalize on a date for the title bout at Lumpinee.

Stay tuned for updates and confirmed date of the fight.

Superbon Banchamek: The Road to Redemption