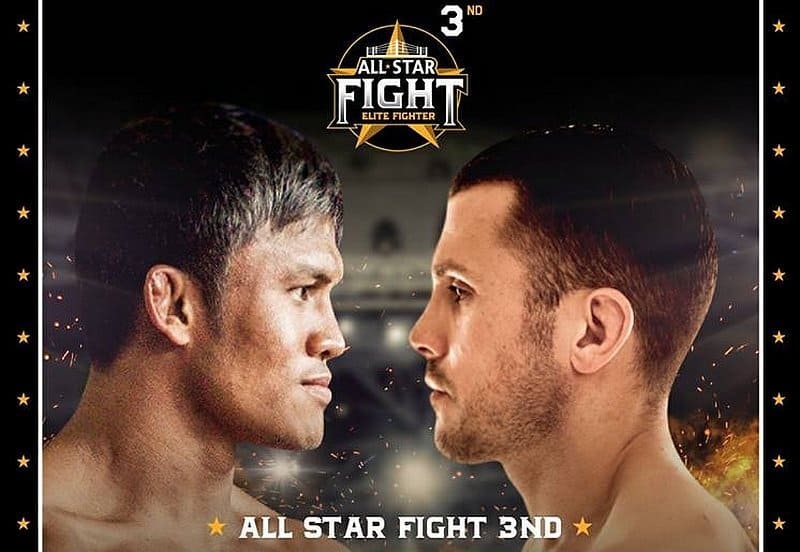 Guns-A-Blazing for All Star Fight 3: Buakaw Banchamek vs Fabio Pinca!

(11th December latest Update: Fabio Pinca has pulled out of this fight after his recent KO loss to Anvar Boynazarov. The event has also been postponed to 2018 and the fight between Buakaw and Pinca is back on the cards. Check back again for more updates)

With only 2 shows to date, All Star Fight is already shaping up to be a top Muay Thai promotion in Thailand. But right from day one, it already has its sights set on global domination and it has come out with full blazing cannons for its third show. The event promoter is pulling no punches for the international debut with an absolutely inspiring headlining match up, bar none, one of the Buakaw’s most challenging fight for a long while.

All Star Fight’s rapid success boils down to the presence of its star fighter, Buakaw Banchamek. But let’s be honest here: with the exception of 2015’s shocking bloodbath loss against Khayal Dzhaniev, matchmaking for Buakaw in the last 2 years have been seriously lackluster. This is set to change for All Star Fight 3 at Paris when he faces the famous French-Italian fighter, Fabio Pinca.

At the age of 33, Fabio Pinca is still widely regarded as one of the best non-Thai fighter on the international Muay Thai scene and is fresh off winning the Rajadamnern Welterweight (67 kg) title. The fight between the 2 legends was originally seeded back in 2012 for the WMC World Junior Middleweight but never materialize as Pinca withdrew from the fight due to injuries. This is what they call ‘destiny’ and there is no escaping it.

Buakaw has been on a 5-win streak since a controversial loss to Yi Long via decision last November at Wu Lin Feng. Will he take the victory campaign further or be stopped in the tracks by Pinca? Whichever way the fight goes, this looks certain to be a classic match in the making.

Tickets are on sale now at https://www.billetweb.fr/all-star-fight#description.