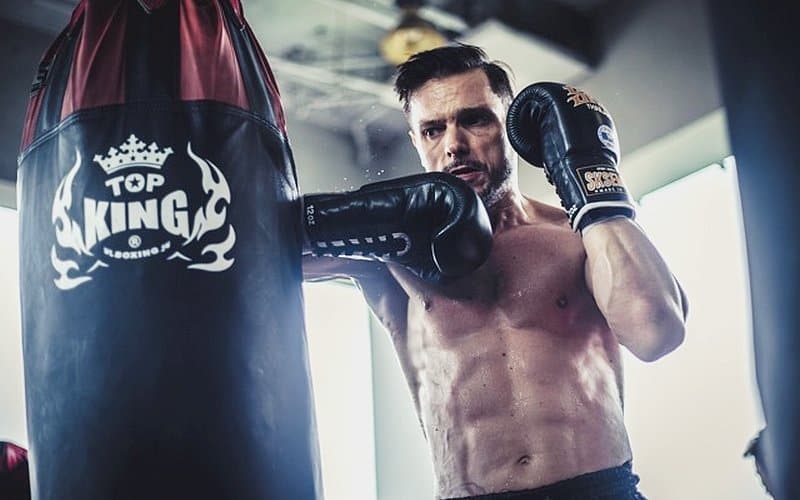 Cedric Gautier has come a long way from the days of spinning behind the decks in clubs around the world. The former deejay now runs the popular Elite Fight Club (EFC) in downtown Bangkok, which is one of the largest mixed martial arts training facility in Thailand.

Today, EFC is one of few gyms in Bangkok where visitors and members can have the complete mixed martial arts training program under one roof. With a second training outlet opening in Hua Hin earlier this year, the nights of partying are long over for the Frenchman whose life now revolves almost entirely around his business. He shares his daily routine,

“I wake up and I come to the gym. I stay all day in the gym, and I train here as well. Since my office is here, it’s easy for me to get a workout and some Muay Thai training.”

Gautier’s love for Muay Thai sprouted at the young age of 10 when he began to dream of coming to Thailand to train. His dream was put on hold as is the unpredictability of life when he started his life as DJ Kaio (inspired by the popular Dragon Ball series). Gautier was quick to find success in Paris where he began producing music and had his own TV show on top of his work in clubs. The ex-DJ began traveling around the world for gigs and as fate would have it, he found himself in the city of angels.

This was in 2011 on a tour in Asia and Gautier did the one thing he wanted to do since he was 10. He showed up at the doors of Elite Fight Club, which was under another management back then. With dreams to compete in the ring, Gautier was taken under the wing of the world-famous Trainer Gae, who prepared the French for his fights in Thailand. This relationship continued until 2016 during which Gautier returned for 3-4 months every year to train and compete.

Then the stars aligned and in 2016, Gautier was presented with an offer that he could not refuse.

“About 2 years ago, the ex-owner wanted to sell the gym. He wasn’t just looking to sell it to anyone but wanted someone who was able to work closely with the trainers.He wanted to leave the gym in good hands, so I bought over EFC and I’m in the Muay Thai business ever since.”

Since taking over EFC, Gautier has given the Muay Thai gym a complete facelift. The takeover fee was a modest sum but the extensive makeover ran up to a high six-figure amount (USD). EFC Bangkok has an octagon for BJJ and MMA training, a state-of-the-art fitness gym to rival the best in the city, a pool as well as luxurious shower facilities that include a sauna. Gautier’s motivation was simple,

“I wanted it to be a top gym in Thailand that offers the best training facilities for the fighters and everyone who walks in.”

For the ex-DJ who used to have his own TV show, ditching his glamorous life to run the gym business venture has been a slip in his lifestyle but a choice made without regrets.

“I made really good money as a DJ. That’s why I have all these money to spend on building these gyms as I saved a lot during my years as a DJ. I remember when I first came to fight, I would train for 2 months and then I got 200 dollars for fighting. I had a lot of sponsors too, back then. But I’m really happy to be here.”

Running a Muay Thai gym in Thailand is a grueling undertaking, especially as an outsider in the country. Thankfully, Gautier’s investments in EFC are paying off with his hard work and the gym is now making him substantial financial returns. The Hua Hin training resort, with complete training and accomodation facilities, could potentially bump up his income but with great returns come great responsibilities. He jokes,

“I told my friends that if I ever mention about opening a third gym, to please shoot me in the foot. It’s really a lot of hard work.”

Like many other farangs before him, Gautier has already fallen under the spell of modern-day Siam. Now that everything is in place for the Frenchman, his plans for the future are more or less set in stone. He shares,

“I’ve been living here for two and a half year since I took over the gym. I’m pretty good here, so I can definitely see myself retiring in Thailand. I have a special thing with this country. I love the people, the vibes, the weather but most importantly, I love Muay Thai.”