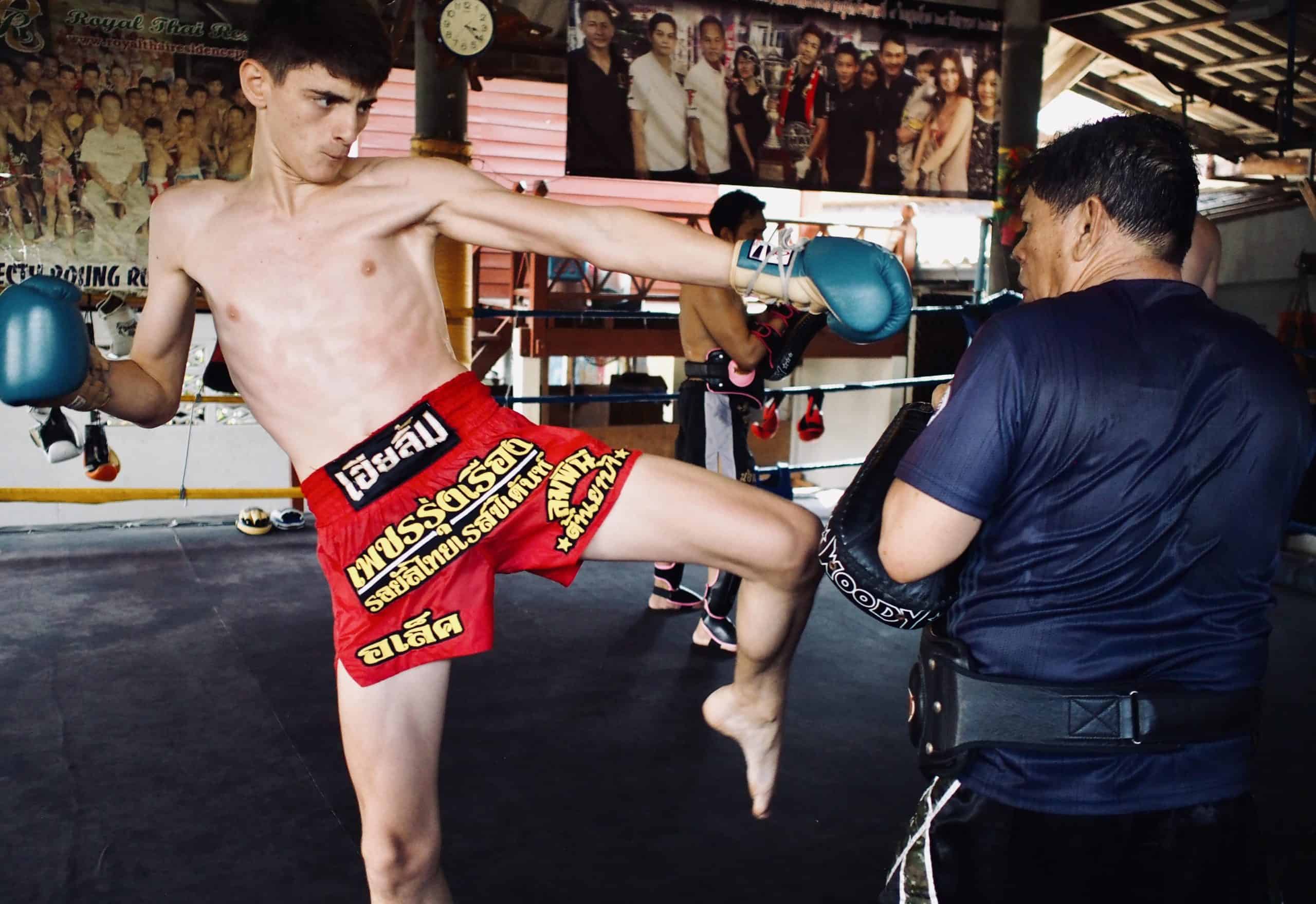 Muay Thai, the Thai kickboxing martial art, is widely recognized as one of the most effective and dangerous striking arts in the world. As it gains popularity as a martial art/sport for fitness over the last decade, the group of people who train Muay Thai now covers a diverse demographic. Today, the sport is practiced by children as young as 5-6 to elders in their 60-70s.

Besides its effectiveness as a self-defense skill, part of what makes Muay Thai an growing recreational sport is the simplicity and directness of its moves and techniques. Muay Thai is easy to learn and simple enough to pick up for most people. Muay Thai techniques are rarely fancy and are often quite simplistic unlike references in movies like Ong Bak or Tom Yum Goong (both starring Thai action star Tony Jaa). Easy enough to learn by all ages and genders.

While most beginners start off looking awkward in Muay Thai movements especially with their roundhouse kicks, the majority become reasonably proficient within 2-3 months of regular practice at a Muay Thai gym. They -and you- will be able to exhibit correct forms while executing Muay Thai moves such as basic punches, elbow strikes, knee strikes, and the roundhouse kick.

There are no katas to memorise unlike Karate or Taekwondo. Muay Thai training place emphasis on repetitive training of techniques to train the muscle memory. Another focus is of conditioning the body in terms of muscle-building and prepare against the impact of clashing a by kicking heavy bags and kick pads. Some bruises are expected but they are easily manageable and that’s what makes you a bad-ass.

Today, many fitness instructors and gyms have incorporated kickboxing into their fitness training classes. Thai boxing can be picked up easily by most physically-able bodies and work up quite the sweat to improve fitness.

However, to be good in Muay Thai requires the discipline to train regularly, and to be a professional fighter at the elite level requires many years of daily hard training. Ultimately, you decide your goal and work towards it, whether it’s to lose weight, get fitter, or compete professionally. Whatever your goal is, Muay Thai is a great vehicle to get on in reaching it.

You do not need to be athletically gifted to learn Muay Thai. I am a perfect example, having picked up the sport in my 30s during a period of my life when I was unhealthy and unfit, not to mention my terrible sense of balance. Muay Thai changes lives, in positive ways. Experience it for yourself and it will be one of the greatest decisions you will ever make.