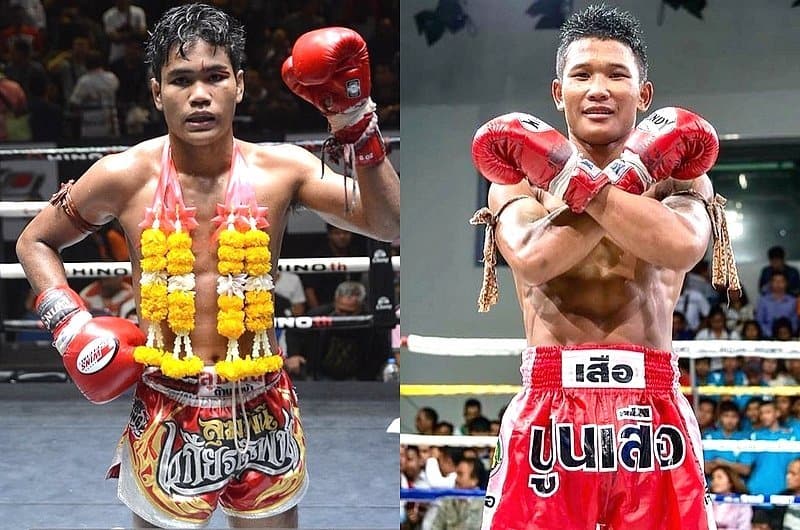 One of the most highly-anticipated rematches is on the card at Lumpinee Stadium come 5 June. Current Lumpinee Lightweight champion, Kulabdam Sor-Jor PiekuThai will take on Muay Thai star, MuangThai PKSaenchaiGym for the Kiatpetch promotion at the prestigious arena.

The 2 elite Thai boxers first crossed paths back in November 2017. After making a name for himself at Channel 7 Stadium, Kulabdam was ready for the big league. He found himself pitted against the famed “Elbow Hunter”, MuangThai. The younger Kulabdam was humbly bested by his more experienced opponent in an explosive fight that lasted the full 5 rounds. (see video below)

It was a demoralizing loss for the rising star that saw him out of action from the ring for 3 straight months. He was quick to regain his winning ways after the break, capturing the Lumpinee title with a win over former champion, Genji Umeno.

Kulabdam was recently picked over Yodlekpet Or. Pitisak for the coveted Sports Writers Fighter of The Year 2017/2018. The decision had stirred controversy in the Muay Thai circle and with many calling for a face-off between the 2 to put the matter to rest. A possible match-up at Channel 7 stadium is in the works but Kulabdam’s imminent task is to avenge the crushing loss from last year. Muangthai is, after all, the man who left a blemish on his otherwise pristine 2017 record.

11 bouts are confirmed for the stacked card that feature some of MuangThai’s fellow teammates from the PKSaenchai camp: Tawanchai, Saigon and Suakim. The show starts at 6:30pm.

A Quick Guide to Your Custom Muay Thai Brand