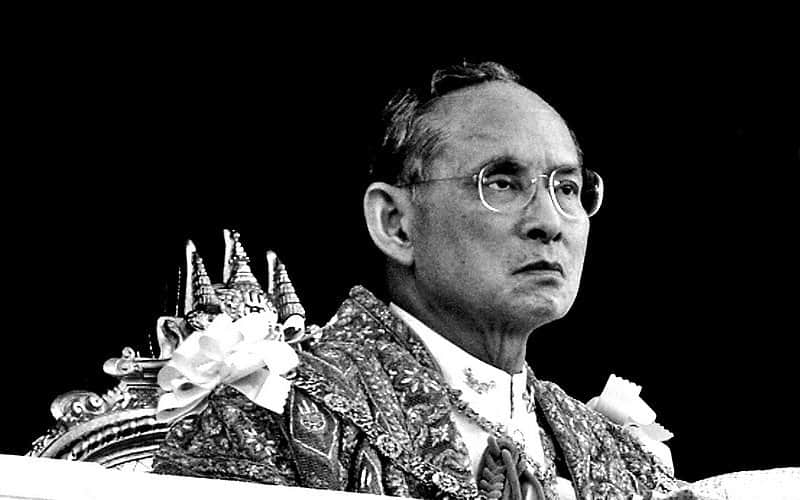 In Remembrance of King Bhumibol Adulyadej

In respect of the coming royal funeral for the late King Bhumibol Adulyadej, all Muay Thai fight promotions in Thailand have been suspended for the whole month of October.

The news was released just 2 days away from the beginning of this month and has come as a surprise for the Muay Thai fight promoters in Thailand. While it was expected that all entertainment activities and tourist attractions would be prohibited during the 5-day funeral and cremation ceremony, the month-long ban came as a shock for many in the industry. All Muay Thai fights -big and small- that were originally scheduled for the month have been cancelled in the country.

The weekly Channel 7 Stadium show was given a last-minute permit for a go-ahead this past Sunday but not for the gambling synonymous with the sport. With an October ban on gambling, the usually atmospheric and rowdy shows were a lot more subdued and uncharacteristic of the sport as seen in the big Thai stadiums.

Life goes on and Muay Thai training carries on at the camps in Thailand. However, the ban has affected many of the smaller or suburban camps as the livelihood depends on fight purses. Many would-be tourists not in touch with Thailand news have unknowingly booked themselves a trip during this period will have to experience a watered-down version of the country.

King Bhumibol Adulyadej passed away last year on 13th October and after a year of mourning, the beloved King will be cremated on 26th October with a 5-day funeral from 25th to 29th. The 2 key dates of 13th and 26th will see many businesses and Muay Thai gyms closing in respect of the King’s passing. Main tourist attractions such as the Grand Palace and the Temple of Emerald Buddha will be closed for the month, as are government museums and sites linked to the royal family. Public transportation will run as normal. Visitors are advised to behaved respectfully towards the passing and Thai culture.

Here is a list of closures on 26th October 2017 (Royal Cremation Day):