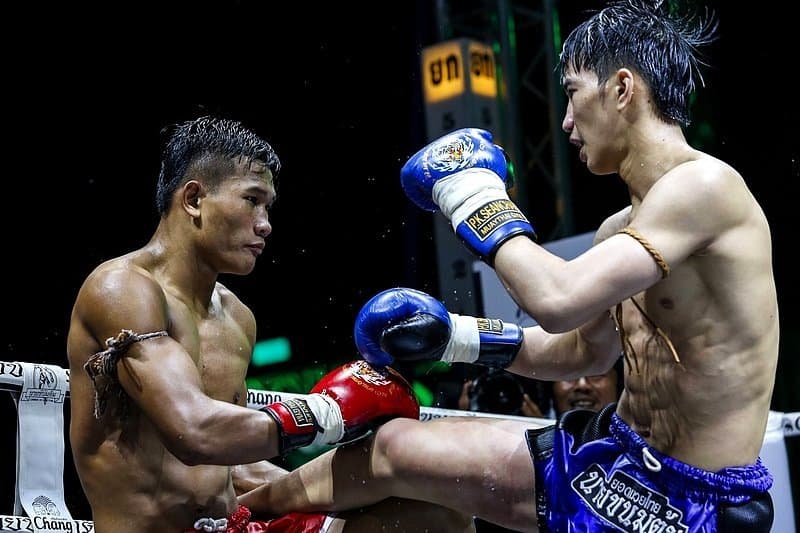 Muay Thai Expo Confirmed To Return for Next 2 Years

Yesterday concluded the inaugural Muay Thai Expo. Held in conjunction with the MotoGP, the four day long event was hosted by the Sports Authority of Thailand at the Chang International Circuit in Buriram.

There to initiate proceedings was the Permanent Secretary of the Ministry of Tourism and Sports Mr. Pongpanu Sventarundra.

Fight fans from around the globe joined together to celebrate Muay Thai. Local students from around the region were invited to showcase their skills. Performances included Wai Kru, Muay Boran, and Keeta Muay Thai demonstrations. Child fighters also joined in hitting pads, and doing exhibition sparring matches for the audience.

Representing the Kru Muay Association, Senior Grand Master Phosawat Saengsawang and Dr. Chow Yotawa, both from Mahasarakham University, gave out Mongkol making lessons. More than 20 people joined to make their own Mongkols that were then subsequently blessed by the Masters.

The highlight of the event was a 10 fight card featuring Thailand’s top talent as well as international contenders. The crowd was also treated to an exhibition match featuring Olympic Gold Medalist Somrak Kamsing and Golden Era Champion Samart Payakaroon.

The weekend long event was co-hosted by the Nai Khanomtom Association, with proceeds of t-shirt sales going towards medical expenses for retired fighters.

“Muay Thai Expo: The Legend of Muay Thai will continue to be part of the MotoGP for the foreseeable future.”