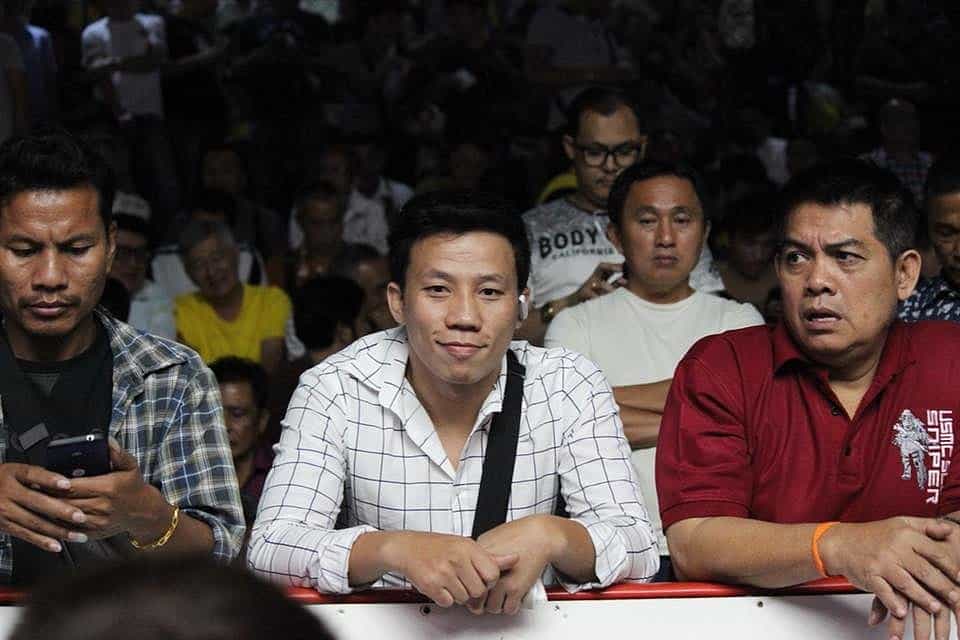 Note: This article was originally published in Rough Asia on 27 September 2018.

In Thailand, Muay Thai has almost become synonymous with gambling. The national sport is one of very few outlets where gambling is legally permitted in the the country. Unfortunately, whenever it gets brought up in the media, the narrative always casts it in an unfavorable light.

It was a Tuesday afternoon. I met up with 33-year-old Piyapong Panyanon (Bon) at Bangkok’s FA Group Muay Thai Gym for a chat about gambling before he scooted off to Lumpinee Stadium. Bon is a self-professed professional Muay Thai gambler, an insider who could present a different side of the story from the accustomed journalistic standpoint.

Bon grew up in a family of gamblers, when he first picked up the rudiments of the game. He started training as a fighter when he was about 12. After retiring from fighting due to an injury, Bon took on stints as a trainer in Southern Thailand and Hong Kong for a few years before making a life-changing decision.

You could say he found his calling when he turned to professional Muay Thai gambling. While Bon has always dabbled in gambling since he was a teenager, it became a full-time endeavor 7 years ago. He tells us,

“Gambling isn’t something one would call a dream job but it pays me more money than any other work I have done in the past.”

Depending on the fight, Bon bets anything between 1000 baht to 100,000 baht on each matchup. On an auspicious day, he may bag up to 200,000 baht (about 6100 USD) and in a lucrative month, he has made as much as 1 million baht (30,000 USD). The payouts are not always consistent, and he stands to lose just as much of his capital. The key to being a successful Muay Thai gambler is to stay profitable over the long term.

I first got acquainted with Bon during my visit to FA Group Muay Thai gym last year where he helps out as a trainer. He spends the bulk of his time studying the day’s fight card and gambling every evening at one of the elite stadiums in Bangkok. One thing we can generalise about Thai gamblers is that they are a superstitious bunch. They will try everything from wearing amulets and praying at temples to improve their chances of winning. However, Bon opines rationally that a large part of having consistent wins boils down to knowing how to play the game. It is knowledge that can only be acquired with years of experience.

Muay Thai gambling is a lot more laborious than people would give credit for. Bon goes to the stadiums diligently at least 5 nights a week, and attending some of the weigh-ins that are held in the mornings. On weekends, he either bets on televised fights or visits the countryside events where according to him, “the gamblers and bookies there are not as smart as those in the Bangkok stadiums”.

With a nice two-storey house, a sedan and a motorbike of his dreams, Muay Thai gambling has rewarded Bon and his 2 children with a comfortable life. Some of us may attribute his success to pure luck but Bon begs to differ,

“I put in a lot of effort to do this. I have friends from outside of Bangkok who come here to gamble when they see my what I have accomplished. All of them ended up losing and returning to the countryside. It’s not easy as people think.”

Placing bets in Muay Thai fights is a complex process of factoring the fighters’ experience, studying their physical conditions at weigh-in, knowing the hand signals, and doing the mental calculations to deal with the odds that often change throughout the five rounds of a fight. It’s fun and easy enough to bet a stack of cash based on who you think is the better fighter. To do it day after day as a career is a different story altogether.

That there is still a pervasive stigma surrounding Muay Thai gambling is no surprise but if Bon has anything to say about it, it’s that it is as decent a living as any other profession. Ultimately, it really has to do with perspectives.

From throwing fights to shocking tales of poisoning, gambling’s dark side continues to taint the sport of Muay Thai in its homeland. Even at its most pristine arenas like Lumpinee and Rajadamnern, scandals still surface from time to time. With millions of dollars changing hands every night, you can count on a few crooks to indulge in underhanded practices that give Muay Thai gambling a bad name.

When you look at it objectively, it isn’t far-fetched to draw parallels between gambling and stock trading. Both are instruments that attempt to create capital gain and where an element of risk prevails. Like Muay Thai gambling, the dark side of trading is smeared with stock frauds, and market manipulation. There is certainly a lot more prestige as a stock trader but at the end of the day, it depends on which side of the fence you are on.