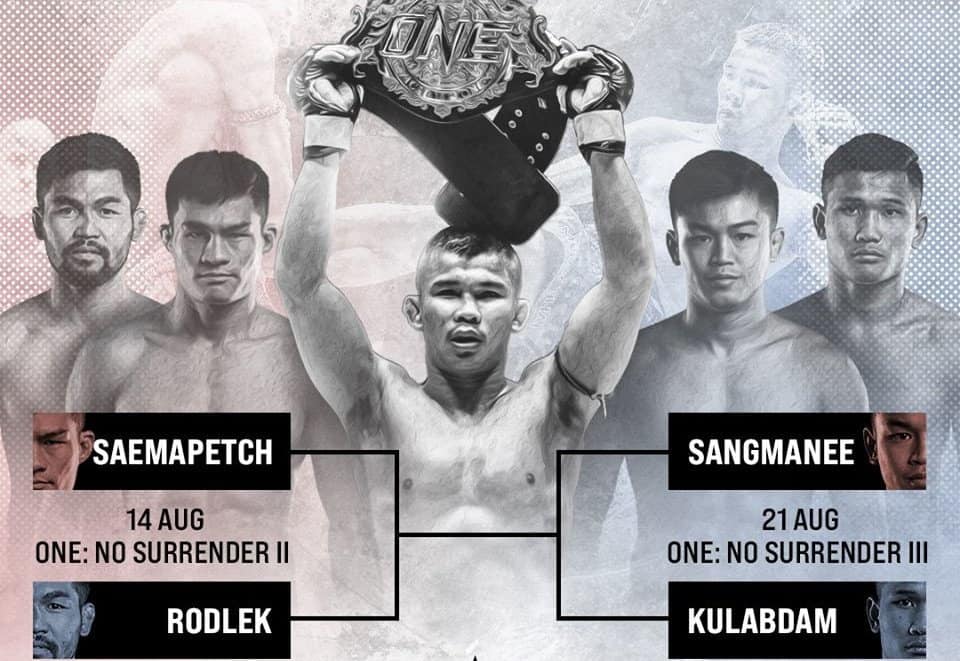 Due to the COVID-19 regulations restricting crowds, ONE Championship recently held a closed-door event on 31 July in Bangkok, Thailand.

ONE: No Surrender was considered by many Muay Thai fans to be one of the best matchups to date. 4 out of the 6 bouts pitted elite Thai champions and legends against each other, with 2 Muay Thai world titles on the line.

Thai kickboxing world champions, Superbon Banchamek and Sitthichai Sitsongpeenong also made their promotional debut with the former walking away with a decision win.

Another sizzling Muay Thai event has been announced following the success of last Friday’s showcase. The mega Asian fight promotion has confirmed a 4-man Muay Thai tournament set to take place this month.

No Surrender II will first take place on 14 August and will feature the first of the tournament. Saemapetch Fairtex will clash against the tough Rodlek PKSaenchaiGym for a place in the finals.

A week later on 21 August, Muay Thai superstar Sangmanee Sathiangym will face the Black Rose, Kulabdam Sor Jor PiekUThai in the second semi-finals of the tournament. Both are strong favorites in the tournament.

The winner of the 4-man tournament would then go on to challenge current ONE Muay Thai Bantamweight world champion, Nong-O Kaiyanghadao for the title.