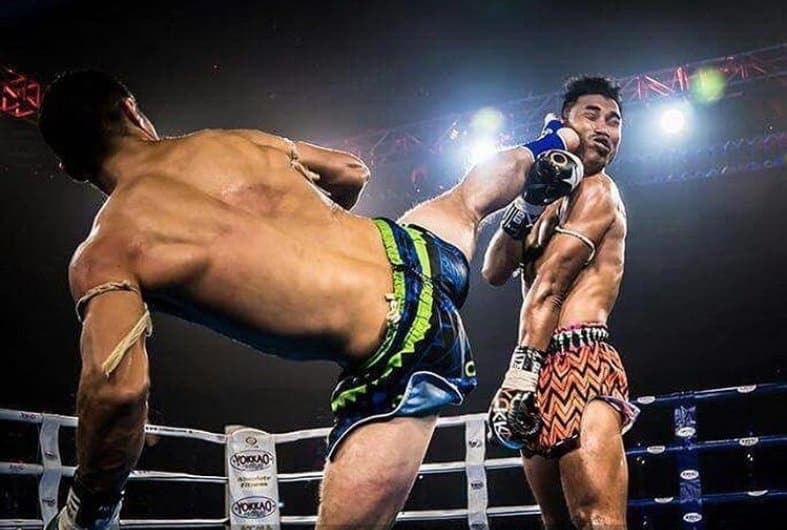 It’s safe to say that no one saw this coming. Sure, anything is possible in the ring but with over 300 fights under his belt and an illustrious Muay Thai career, the idea that an elite fighter like Singdam getting knocked out by a relatively unknown fighter is just unimaginable. And yet it happened.

On Monday, Yokkao took to Hong Kong for another edition of their popular fighting event. This was to be Singdam’s fight debut in the Cantonese city and surely everyone was expecting him to make it an impressive one. Fresh off a successful run of fights at Kunlun Fight with a shot at the Kunlun 66kg World Champion in October, Singdam looked set to extend his winning campaign.

For the main event of YOKKAO 25, the multiple-time Lumpinee champion was matched up with his 25 year-old Russian opponent, Kazbek Kabulov. The fight progressed fairly evenly-matched from the start but with a minute left to the end of round 1, this happened:

Now that was a freaking nasty kick that looked like it landed on his jaw. If you watched the clip, Singdam was dropped instantly and lost consciousness for close to a minute. He seemed to have dropped his hands for a bit that resulted in that forceful impact to the head. Michael, a friend of mine and a passionate Muay Thai enthusiast shared an excellent take on the KO which gave great insight into it:

The simple/classic spinning back kick with the heel is a technique rarely used in Muay Thai. It is risky if the opponent performs a lean back and counter-attacks. Muay Thai fighters are familiar with this technique, which is known as the “alligator/crocodile whip” or “crocodile tail kick”, translated loosely. The technique is commonly executed by when a kick misses (or feints) and then followed up with a spinning back kick. Not accustomed to the spinning back kick in Muay Thai, Singdam did not expect the kick to meet his face and paid the price.

For a fighter who is most known for possessing the most powerful middle kick in Thailand, this is a real shocker for Muay Thai fans everywhere. As a fan of Singdam, I was dumbfounded by a good several seconds when I caught the fight LIVE on YOKKAO’s Facebook page, as was almost everyone else who watched it. It seems like he recovered quickly and has already posted on his social media accounts that he is alright. The Black Lion will, no doubt, make a roaring return to the ring in no time.