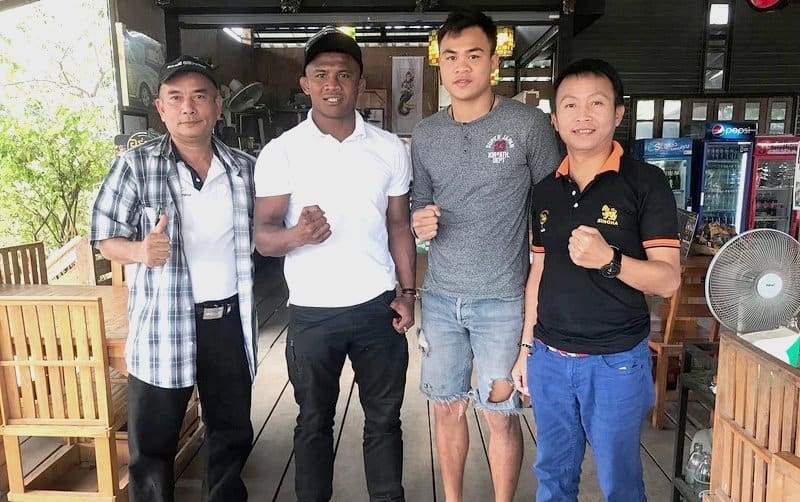 It isn’t uncommon for Thai fighters to switch camps over their careers but Muay Thai star, Yodwicha’s recent move has caused quite the stirring. Following his surprise guest appearance at the recent All Star Fight Phuket event, he has been confirmed to join the renowned Banchamek Gym and has taken on the newly christened fight name of Yodwicha Banchamek.

Yodwicha is among a new generation of elite champions who are prominent on the international fight scene. Standing at nearly 1.9 metres tall, he towers above most of his opponents in the ring. His tall stature and long reach makes him ideal as a knee fighter but some may contest that he is an all-rounded Muay Femur. None of that really matters – to know how good he is, all you need to do is check his fight history. The 22-year-old holds wins over such legends as Singdam Kiatmoo9, Nong-O Kaiyanghadaogym, Petchboonchu FA Group and even the GOAT himself, Saenchai! Yodwicha is a bona fide legend-killer.

In the past couple of years, Yodwicha has focused his fighting career outside of Thailand. He has competed most notably on Top King World Series as well as EM Legend, dominating over his opponents almost every fight.

Yodwicha has declined to comment on the move and has opted to remain tight-lipped about leaving Kem Muay Thai Gym that is owned by famous Muay Thai boxer, Kem Sitsongpeenong. But the move to Banchamek gym looks to provide even more exposure and open more doors, being tied to the global fight icon, Buakaw. The young Muay Thai star can be expected to make his appearance on Buakaw’s All Star Fight promotion in the near future.