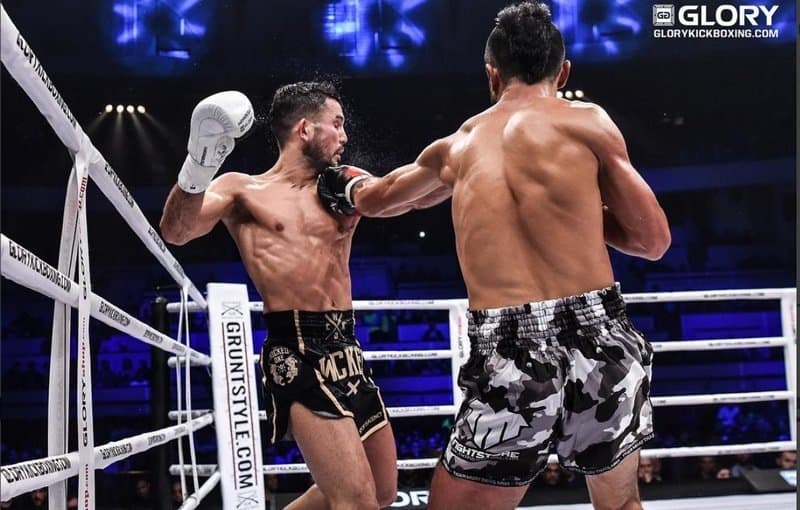 Bet most people didn’t see this coming. Current Rajadamnern Stadium Welterweight champion Fabio Pinca got served a KO by Anvar “The Uzbek” Boynazarov at Glory 47: Lyon this past Saturday.

The French-Italian Pinca has been riding on a 8-fight victory streak since last year including wins over Andrei Kulebin, Liam Harrison and then Manaowan Sitsongpeenong where he won the prestigious Rajadamnern title. With a home ground advantage, Pinca was the favourite to win the Feather contender tournament at Palais des Sports de Gerland in Lyon, France.

Pinca’s opponent, Boynazarov is of course no walkover, himself a WMF Muay Thai world champion with a 7-1 Lumpinee record. As usual, he had been working with the folks at Tiger Muay Thai in preparation for this fight and it’s paid off again.

Both fighters started out strong, dishing fast and furious punches served with smacking low kicks. It might even have looked like Pinca clocked more clean strikes in the first round. Pinca continued to dominate in round 2, even sending Boynazarov to the canvas with a powerful teep. However, that would all be rendered futile when the Uzbek delivered a chin-connecting left hook at 1 min left to the end of round 2, sending Pinca to sleep all at once.

Although Boynazarov advanced to the tournament final, he was bested by another homegrown hero, Abdellah Ezbiri after 3 rounds over an unanimous decision.

Fabio Pinca takes on another uphill challenge this year when he faces Buakaw Banchamek at All-Star Fight 3 on the 10th December, again in France.