Spinning attacks are probably some of the most controversial strikes in all of Muay Thai. Some people say that they are a dangerous waste of time in both sparring and competitions. However, there are some that say that they are completely worthwhile techniques that they swear by.

Either way, they are pretty fun techniques both to see and throw. It’s also pretty hard to say that they aren’t effective with how often you can see them land and even knockout fighters. So, let’s talk about the spinning attacks of Muay Thai! 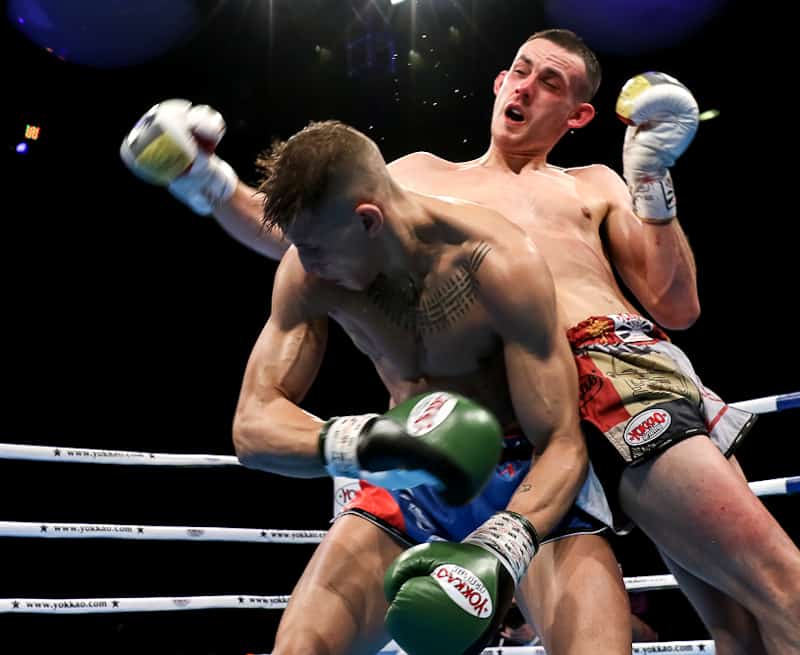 These techniques are the same so let’s talk about them both. The spinning backfist/hammer fist is something that you’ve probably seen before. The fighter spins around and fully extends their arm as they spin hoping to land with their fist.

The target for this technique is usually around the temple or the jawline. You want to make sure you go throw the target it and not just land on it.

To land a spinning backfist when you spin make sure that your thumb is pointing upwards to the sky or the ceiling when you throw. Doing this will have you land with the top of your knuckles.

A spinning hammer fist is when you have your fist horizontal with your thumb facing to the side. Doing this will have your attack land with the side of your fist.

Something to keep in mind is that the spinning hammer fist is generally considered to be more powerful and hit harder than the spinning backfist.

The trade-off is that the spinning hammer fist is also more likely to hurt the person throwing it, with there being less protection on the part of the hand and the glove that is landing.

Keep that in mind when throwing your technique, which is more important to you, more power or more protection? 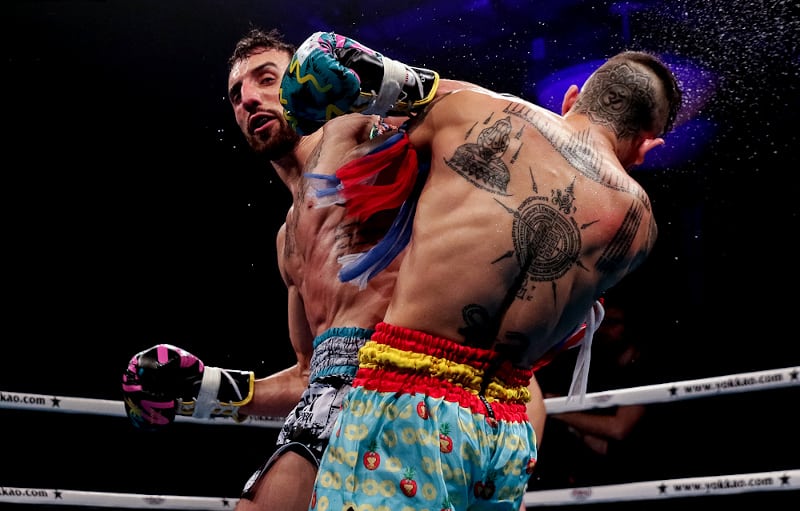 The spinning elbow is a golden technique in Muay Thai and it functions basically the same as a spinning backfist. The only defence is that you don’t extend your arm and instead just point your elbow. This makes the spinning elbow the shortest-range spinning attack on this list. 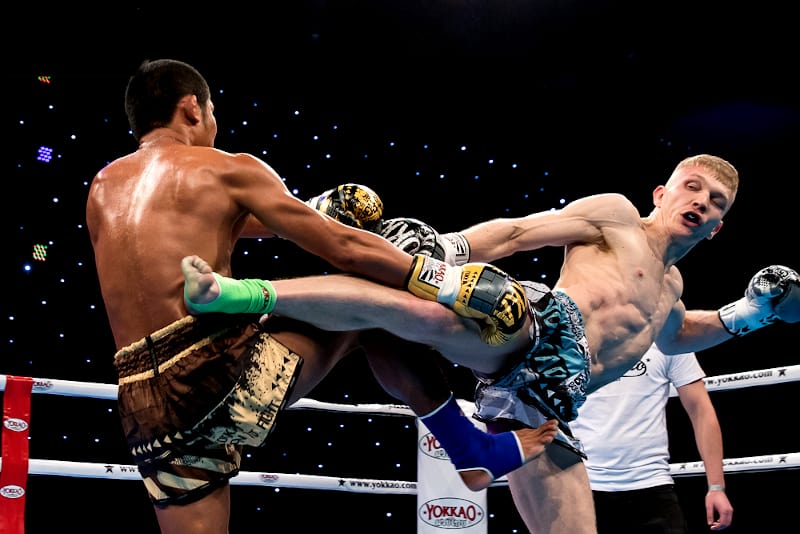 Now moving onto spinning kicks. The spinning back kick is probably the most famous spinning attack. It can be easy to just throw but it is a really hard technique to get right.

To throw the technique you are getting to step to the inside with your lead leg and turn around and throw a sidekick. Don’t let the word spinning get in your head, this is a turning kick first.

It also helps if you know how to throw a proper sidekick first without spinning so that you get the technique down. You can throw this kick to the body or to the head but it is easier to the body. Kicking this way to the head can be pretty inaccurate but also highly damaging, high-risk high reward.

If you’re throwing this kick with the right leg you can also target your opponent’s liver, which can be really damaging. 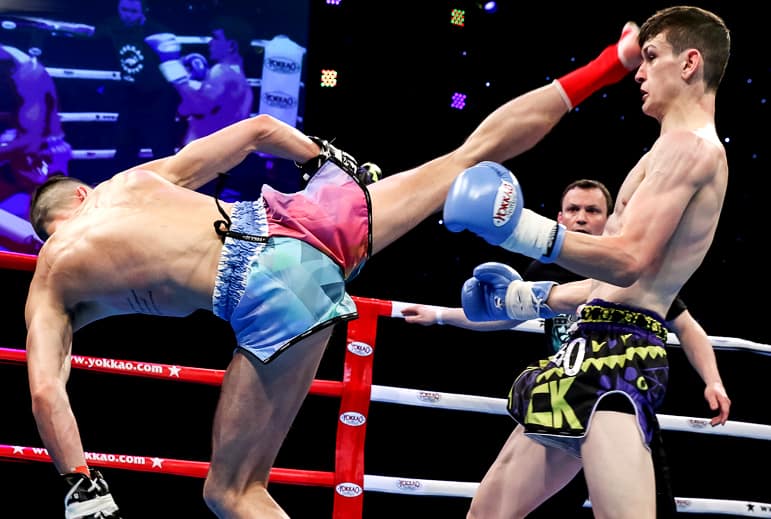 The spinning hook kick is a technique that has you throwing your leg in an arc to land usually on the side of your opponent’s head. As opposed to the back kick I recommend you use this technique mainly to the head. Also, the spinning in the name works as you should try to go through your target when this technique lands.

Keep in mind that this is a pretty long-range technique and getting down the distance is pretty hard. Learning how to do a normal hook kick is also a good prerequisite before trying this technique.

The first thing you are going to do is step inside like you should with all spinning techniques. Then you are going to pivot on your lead and bring up your rear leg as you turn, when you are facing your opponent again you jump slightly and throw your roundhouse kick with what was your lead leg.

This can be hard for a lot of nak muays to get at first so I recommended training the kick step by step to get it down. The kick can be thrown to the body, head or even the legs and can be a really nice highlight reel technique.