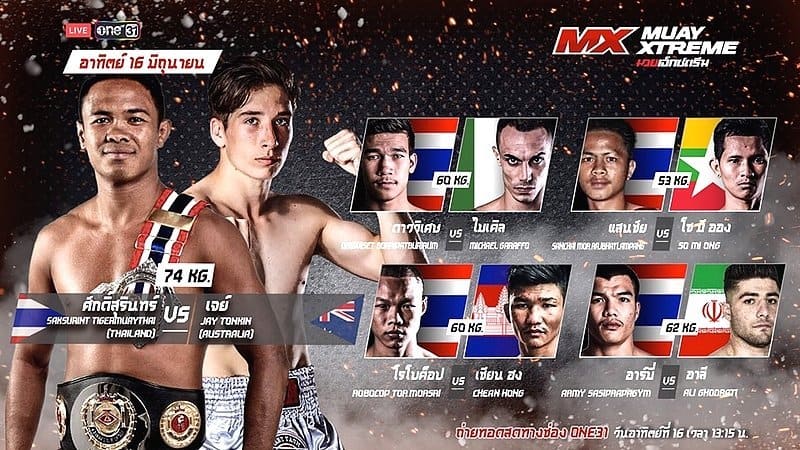 Back in 2016, MX Muay Xtreme burst into Thailand’s crowded Muay Thai scene with an all-new formula. Fighters wore 4oz finger-exposed gloves similar to MMA; pre-fight Wai Kru Ram Muay rituals and the Sarama Thai music were stripped away and the high knockout rates were attracting viewers in Thailand and beyond.

The popular weekly shows took a sudden hiatus last year, depriving fans and tourists in downtown Sukhumvit of an accessible spot to catch some great fight action on Friday nights.

MX made its return earlier this year when it partnered with a Chinese tv station, bringing a Chinese co-host and matching up Thai fighters against Chinese opponents.  Moving from its previous location at the GMM studios near the infamous Soi Cowboy street to the Bazaar Hotel in Lat Phrao,  the show attracted a mix of local audience and Chinese tour groups to its studio shows.

The new setup lasted for a few months with reasonable success but failed to reach the exposure it had attained before. But here’s the good news: beginning this Sunday 16 June, MX will return to its “Thai vs Farang” format for its weekly 13:15 show.

Headlining the event this week will be a highly-anticipated rematch between Saksurin TigerMuayThai and Australian fighter, Jayy Tonkin. The pair last met on All Star Fight Phuket earlier in January this year in an memorably explosive match-up that ended up in a draw. Saksurin and Jayy will attempt to finish the fight this time and determine the better man once and for all.

MX Muay Xtreme will feature a total of 5 bouts this Sunday. Fans of Muay Thai or fight sport should not miss the MX shows. The Bazaar Hotel is about 1-2 minutes walk from Lat Phrao MRT station. Take exit one and make a right as you come up onto the main road. The studio is on the floor C (in between floors 8 and 9) in The Bazaar Hotel. Take the elevator and there should be directions there to guide you. Admission is free.