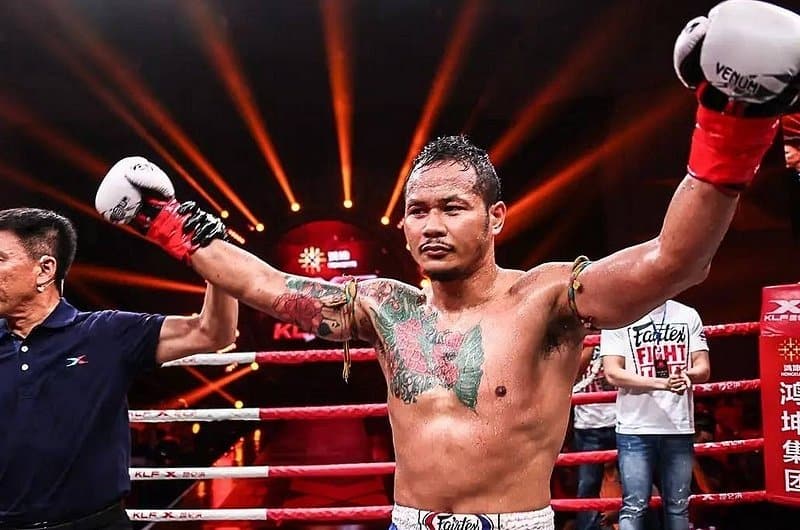 Update 4th Feb: Yodsanklai’s return to the ring took place last night on the Wu Lin Feng ring (rather than Kunlun Fight as previously speculated) where he faced Enriko Kehl in an explosive matchup. View the full fight on MTC Facebook page.

It’s the first day of a new year and the Muay Thai/Kickboxing community gets gifted with a real surprising piece of news: Yodsanklai Fairtex is coming out of retirement and will likely fight very soon once again!

Okay, maybe not that much of a shocker for those who have been following the Thai legend‘s social media footprints. Yodsanklai has been posting videos and photos of him training, leaving fans speculating his return since earlier last month. China’s giant kickboxing promotion, Kunlun Fight finally confirmed his return on 2018 New Year’s Day with an aptly-titled video, “The Return of the King” along with an exclusive video interview.

Back in late 2015, Yodsanklai took more than a year off competing after a series of nasty knee and hamstring injuries. He returned to the ring only in February last year where he crushed his opponents over a string of fight appearances in China. However, fans’ delight was also crushed just a few months later, as the Thai fighter took to Facebook to announce his official retirement. Yod cited the persistent pain experienced in training and at that point, it looked certain he was about to hang up his gloves for good.

With the power of physio, rest and proper rehabilitation, Yodsanklai has been signed by Chinese investment company, IWE and will give his fighting career one more go. KLF has suggested a possible post-retirement debut for Yod (vs Enriko Kehl) on the coming KLF 69 on February 4th where fellow Thai comrade and legend, Buakaw is also scheduled to appear. In the interview, Yod stated confidently that a fight between the 2 is back on the table. Before his retirement, Chinese promotion, Martialism Square (MAS) had begun preparing for the bout so it looks like the long-awaited and most-requested match-up is back from the dead. And while he’s at it, how about throwing in a few other opponents into the mix? Former foe, John Wayne Parr, perhaps? Fingers crossed.

Stay tuned and subscribe to our newsletter for all the latest updates.