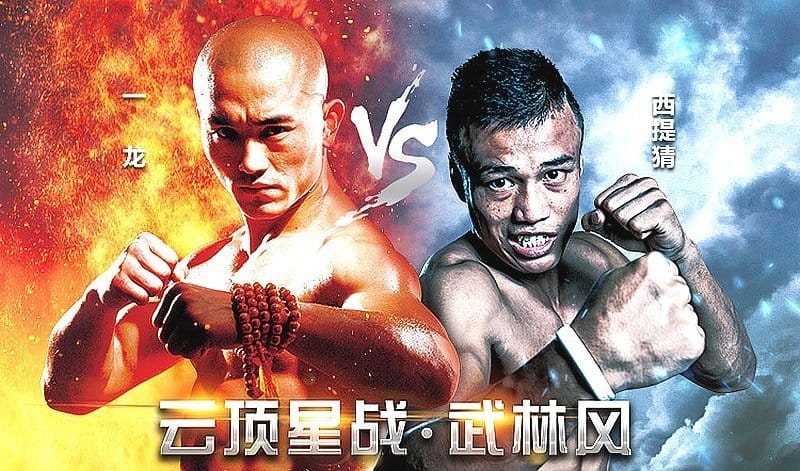 (Results update: Sittichai won. Catch the full fight on our Facebook page and remember to like the page and subscribe to our newsletter for all the latest Muay Thai and Kickboxing news)

This is a fight six months in the making and the wait is over. Thailand’s international kickboxing star, Sittichai Sitsongpeenong will go head-to-head against the Chinese celebrity fighting monk, Yi Long on 4th November at the Kunming Sports Center Gymnasium.

Dubbed the Yi Long challenge tournament, the 8 man competition began with the quarter finals in April this year. Chingiz Allazov, Saiyok Pumpanmuang, Dzhabar Askerov and Sittichai were among the 8 who competed for a slot in a high profile fight against the famous kickboxing monk. Askerov and Sittichai emerged as the 2 finalists who slugged it out earlier this month. Nicknamed the “baby faced killer” by the Chinese media, Sittichai went away victorious after a dominating performance in all 3 rounds

By all accounts, Yi Long is not the best kickboxer out of the middle kingdom. He is not even really a monk but just a fighter with training in Shaolin Kung Fu. He has already admitted to not being a real monk. But through a series of high publicity matches and successful image branding as a monk, he is now arguably China’s most well-known fighter. This doesn’t discount the fact that he has an amazingly strong chin and powerful strikes from the Shaolin training. With a home ground advantage and backing from the organizer (Wu Lin Feng), it will be no surprise if Yi Long’s hand get raised at the end of the 3 rounds.

Yi Long has fought a number of high-level Thai fighters in his career including Sudsakorn Sor Klinmee and Buakaw but it will be a different game against Sittichai who is in his peak. This is surely not a fight where Yi Long will attempt to pull off his Shaolin “Iron Chin” stunt.

Regardless of the result, this will be a highly rewarding fight purse for both fighters. The Wu Lin Feng event will be broadcasted Live Saturday November 4 19:00 (local time) on Henan TV.