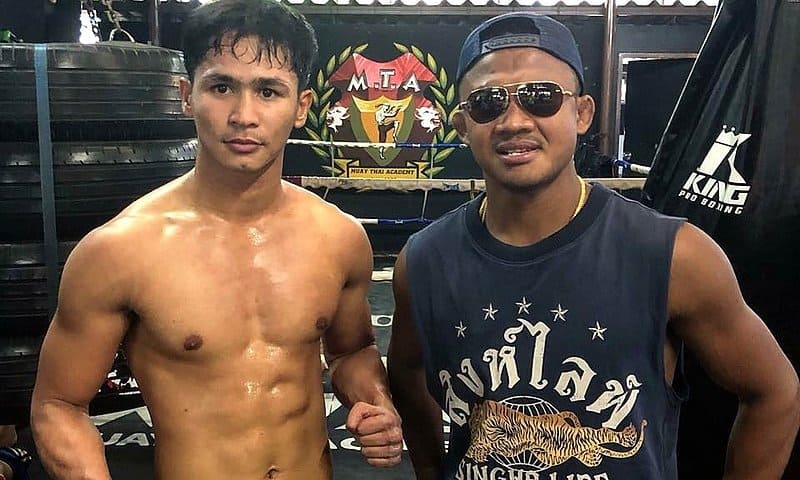 Just 3 days before Kunlun Fight 75 where Superbon Banchamek was scheduled to compete as one of the final 16 for the KLF World Max tournament, a pulled muscle sustained during training forced him to pull out from the show.

Superbon was originally matched up against Congolese welterweight, Nayanesh Ayman for spot in the next round of the tournament. He is not out of the race yet as the fight has been rescheduled to KLF 76 dated 9 September 2018 in Zhangqiu (章丘), China. The World Max gold is still on the horizons and within reach.

After a brief treatment at the local hospital and speedy recuperation, the kickboxing wonder has resumed training at Bangkok’s Muay Thai Academy (MTA). MTA’s manager and former fighter, Rustem Zapirov, together with veteran champion trainer of the camp, Kru Lek have been getting Superbon back on track for the KLF title quest. But Superbon now receives an additional dosage of confidence with his mentor and world-renowned fighter, Buakaw right alongside for the coming challenge.

For the past 2 weeks, Buakaw has taken leave from the Buakaw Village to aid his protégé in the Bangkok facility. With such a wealth of experience rallying behind him, Superbon certainly stands a pretty high chance of regaining the KLF World Max Tournament championship title.

Superbon first entered the prestigious KLF tournament back in 2015 and was crowned the champion on his second campaign in 2016. He made it all the way to the finals again for the 2017 contest only to taste a bitter defeat at the hands of Marat Grigorian. He is now back for his 4th year and is -once again- one of the hot favorites to win the tournament.

The heat is on and there’s no time to rest with just one month left to his return at KLF 76 on 9 September. Check back again for more updates in the coming weeks leading up to battle day.