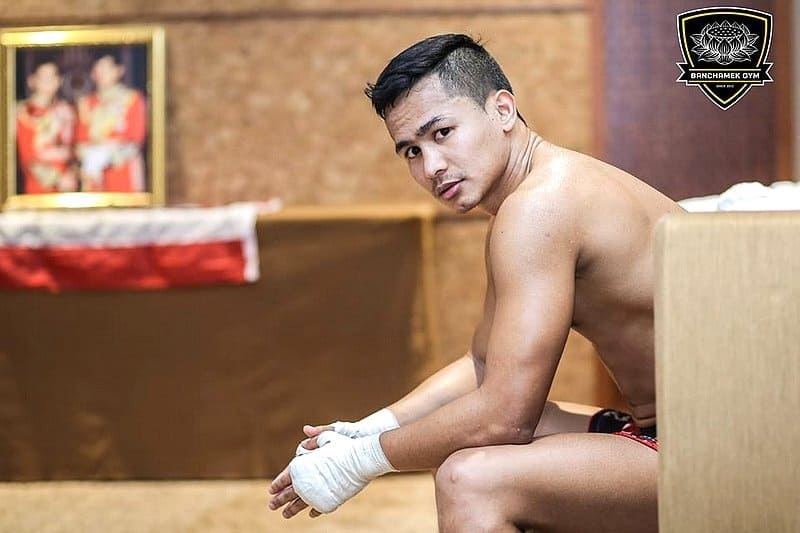 Suppachai Meunsang had the same humble beginnings as most other Thai fighters in his time. Despite having faced many of Muay Thai’s biggest names like Kaew Fairtex, Singdam, and even Saenchai, Suppachai has never captured the prestigious Lumpinee or Thailand championship belt during his time competing on the Thai stadium circuit. By the time he retires, he could have easily ended up as yet another forgettable name in the immensely competitive sport of Muay Thai.  But fate had grander plans installed for Suppachai, who is now more famously known to the world of fight sports as Superbon Banchamek.

Born in the southern Phattalung province to farming parents, Superbon embarked on a journey in Muay Thai since young due to his father’s love for the sport. He would eventually venture into the elite Bangkok fighting circuit at the age of 16 and relocate to the capital when he was 18. Over the next four years, Superbon juggled between his budding professional fight career and studies in a local university.

At the age of 23 and facing an unexceptional career in Muay Thai, Superbon arrived at a crossroads in his life. He was undecided between furthering his pursuit along the existing hazy path of Muay Thai or joining the rat race having just graduated with a business degree. However, all sense of uncertainty and doubt was swiftly quelled when he crossed path with his now-mentor and teammate, Buakaw Banchamek.

“Buakaw was my idol when I was coming up as a fighter. We got acquainted when I fought in Sydney back in 2013 and he was there as our team coach for the event (Thailand vs Australia). We trained and lived together and it was there that he invited me to join his gym.”

It was an invitation no right-minded fighter would turn down. As soon as he moved to the Banchamek Gym in the outskirts of Bangkok, Superbon began his preparation for the next phase of his fight career – international kickboxing. In 2015, he started to gain considerably more prominence when he transitioned formally into the kickboxing scene wtih Chinese fight promotions giant, Kunlun Fight (KLF). After all, he bears the distinguished last name of Banchamek, the mark of the world-famous fighting legend, Buakaw.

Superbon’s actual big break came the following year. The global fight community began to truly take notice as he took out one opponent after another in the rise to the top of the KLF 2016 World Max Tournament. Along the way, Superbon exacted vengeance for his mentor by knocking out Khayal Dzhaniev, the man who gave the world what is now an iconic image of the legendary Buakaw face-painted in his own blood.

In the course of the tournament, Superbon also even an old score score by defeating Sitthichai via decision, avenging his own loss from the previous year. His clash in the finals against another formidable Thai opponent, Jomthong Chuwattana cemented his place in today’s list of the best kickboxers, winning the tournament by a round-3 KO, no less.

4 years on since the move to Banchamek gym, Superbon has gone from being just another face in the overcrowded Muay Thai scene to becoming one of the most highly-regarded kickboxer in the world today. As per its last ranking update, Superbon currently holds the number 1 spot on Liverkick in the lightweight division, right at the top of a who’s who list of kickboxing greats that includes Giorgio Petrosyan, Jomthong Chuwattana and even his mentor, Buakaw. His most current task at hand in retaining the position, is a successful title defense of the KLF World Max belt. Superbon remained unfazed by the challenge.

“I don’t really feel any pressure as I simply view myself as a contestant of the tournament. Of course, my goal is to capture the tournament belt. All I need to do is to train adequately, be fully prepared and just show up in the ring.”

While the protégé continues in the task of forging his own legacy, many fight fans shower doubts on the mentor’s place in today’s kickboxing era. With Buakaw crossing the mid-thirties and approaching retirement territories, many fans have been vocal about the performance from whom they perceived as a past-prime legend. Superbon comes quickly to his mentor’s defense.

“Buakaw is a very experienced fighter, and his current fitness and condition is very apparent from his physique. He’s probably fitter and stronger than I am. His experience alone is suffice to continue bringing him many victories even against younger, hungrier fighters.”

Indeed, Buakaw’s stunning KO win at the recent Kunlun Fight 67 is a testament to that. In some respect, Superbon’s current stardom can be attributed to his association with Buakaw and the Banchamek brand name.

Superbon remains the hot favorite to clinch this year’s KLF World Max tournament title and the odds are in his favor. With Yodsanklai Fairtex announcing his retirement this year and last year’s finalist Jomthong Chuwattana’s premature exit in the race, Superbon is more certain than ever in his quest for the title a second-year in a row.

“It’s truly a pity (that both fighters are not in the run anymore) because both of them are incredibly amazing athletes. It would be a really tough call to predict the winner if both of them are still in this tournament. But in all honesty, I’m actually quite glad that they are not in the race since they would have been very tough competitors and obstacles in the competition.”

Since winning the 2016 World Max Tournament, Superbon has acquired a reputation with the Chinese media for his no-holds-barred answers. On this day at the media interview for his fight appearance on Kunlun 67, a reporter commented on his unusually subdued replies for which he had this to say,

“I’m feeling completely at ease and relax right now because I already know I’m going to win the tournament.”

With that, Superbon beamed with an amused smile. Just the kind of response the media knew that the fans like to hear. This assertive yet natural confidence may have stemmed from his kickboxing success. The Chinese media regularly touts him as a kickboxing prodigy but it’s a title he politely refutes.

“Muay Thai is a very complex sport. There are many different techniques and fighting styles that it’s always hard to predict the outcome. Anything can happen when 2 fighters get in the ring. I don’t think I can live up to the honor of being called a prodigy.”

With more and more champion Thai fighters making the switch into kickboxing, another young Thai who has frequently been esteemed with the ‘prodigy’ title is none other than Superbon’s old friend and foe, Sitthichai Sitsongpeenong.

Superbon’s kickboxing career didn’t start off on the most promising note. Despite advancing to the semi-finals, he was ousted by fellow Thai comrade Sitthichai in his maiden voyage of the Kunlun Fight (KLF) 2015 World Max Tournament. A vicious fight that ended in a round-2 KO. Sitthichai would go on to clinch the tournament belt that year.

Both rising fight stars now occupy the top 2 positions on Liverkick’s Lightweight rankings and are both the subjects of frequent comparisons. This was again a subject the reporters were relentless in pursuing on the day of interview.

“I actually don’t care who is number 1 or number 2. What I do care about is to win in every match. We fought two times with each of us holding one win. We are equally competent but I feel like I am in a better form right now. If we were to fight a third time, I think I will win again like I did in our second meeting.”

As for Sitthichai’s massively-reported recent win over Chinese monk-fighter, Yi Long, Superbon had this to say,

“I have known Sitthichai for a long time since our days serving in the Thai army, and we remain in very close contact. We have even competed against each other a number of times at boxing meets in the army. If you meant to ask if I feel any envy towards his success, then my answer is no. Even though he defeated Yi Long, the fact is, anyone can defeat Yi Long. So that in itself really is nothing to shout about.”

The reporters erupted into laughter over his unabashed comment about Yi Long and the interview ended in a merry atmosphere. Prodigy or not, Superbon’s performance in the days ahead will speak for itself.

Superbon Banchamek has pretty much everything going for him in his career as a fighter. He now commands a minimum of 1 million Baht (30,000 USD) per fight, a far cry from the 60,000 Baht fee that he used to make as a Muay Thai fighter. Besides his stellar career in kickboxing, Superbon has represented Thailand in the IFMA World Muay Thai Championships since 2015 and scoring the gold medal every year. It is no debate that the 27 year-old Superbon has already carved out a name for himself in the world of combat sports. In time to come, the protégé-prodigy may find himself among the ranks of legends, the likes of his mentor Buakaw Banchamek.

Superbon returns to Kunlun Fight for the World Max Tournament Finals on February 4th 2018. For information on viewing the event, visit the Kunlun Fight website for more details.