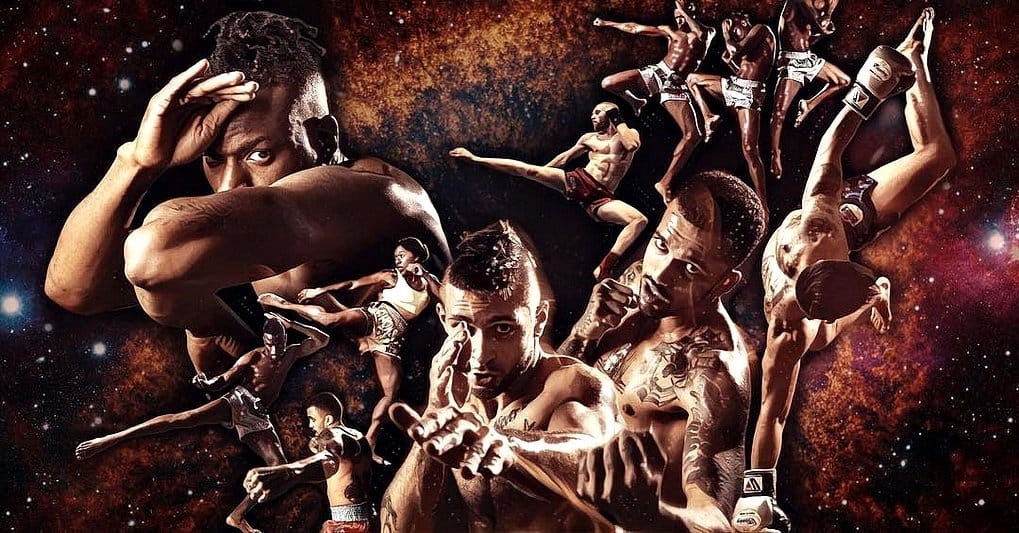 These days, there is an overwhelming herd of indistinguishable accounts rehashing and reposting non-original content on Instagram. It feels like stumbling upon a gold mine when you find a truly creative body of work such as that of You Bin.

The first time I saw them, You Bin’s images instantly caught my attention with an unique hue and his masterful editing technique as seen in his masterpiece of Muay Thai legend, Saenchai in gravity-defying action. When you look at this piece of artwork (below), you would be as surprised as I am to learn that with his amazing original content, You Bin hasn’t more followers by now. The NYC-based artist captures poetry in motion, where the art of 8 limbs blurs the line between sports photography and fine arts.

You Bin, a photographer from New York, is currently documenting the Muay Thai scene in NY area with his Sony A6500 camera. His work is centered around the theatricality of fighting and movement, and it all began when he started training at a Muay Thai gym.

“I got into it (Muay Thai photography) because I was training at a Muay Thai gym, and I went to one of my teammate’s fights and brought my camera along. I was captivated by the atmosphere. The raised platform of the boxing ring, the crowd, and the fighters. It basically comes down to the anticipation of who’s going to beat up who and how.” While the bulk of fight fans list the top dogs and legends as our favorite fighters, You Bin’s personal choices are more grounded.

“My favorite fighters are the fighters that I actually get to photograph ringside at their fights and at the gym training. I became a fan of a lot of fighters after capturing them doing incredible or just funny things in the ring. To name a few: Juan Cortez from Renzo Gracie Muay Thai, Demeko Boyd from Maisonets Thai Boxing Team Iron Rooster, Petchtanong Banchamek from Banchamek gym, and Jay Matias from Sitan gym. Most of them are local fighters except for Petchtanong.”

You Bin’s photography ventures beyond pure stylistics – each portrait tells a story. His characters often stand out starkly, evoking cinematic emotions beyond the repetitive imagery of ring action or standard poses favored by less imaginative photographers like myself. As an artist who prefers to let his images and characters in his shoots take the spotlight, here are a few more stunning portraits by You Bin: “To me fighting is one of the great theaters of life, it makes people come alive, be free and express themselves. That’s why I find fighting so captivating to photograph.” — You Bin