Among the current crop of Muay Thai superstars, quite a few are noted for the excitement that they generate inside the ring. But perhaps none of them can match the sheer electricity and energy that is generated by Rodtang  Jitmuangnon – The Iron Man of Muay Thai!

Rising to superstar status, especially in combat sports, can only be achieved in a few select ways. One of the surest and most time-tested ways to get to that status is by being an exciting fighter.

This means an unreal level of aggressiveness that is rarely seen in ordinary fighters. The ability to bring audiences – both live and remote – to their feet through the non-stop action that is produced.

Rodtang Jitmuangnon certainly embodies all of those qualities. And that’s why he is the pre-eminent fighter in Muay Thai when it comes to excitement at the moment. Couple that fan-friendly Muay Mat style with his charismatic persona and you have a striking superstar.

Muay Thai’s Iron Man might be at the very peak of his career at the moment or at the very least near it. But the road to the top was by no means easy. In fact, it was riddled with more than a few obstacles a long way.

It’s a testament not just to Rodtang’s aggressiveness as a fighter, but as an individual who aimed for the top and got here.

So it’s only fitting to take a quick look at how Rodtang bulldozed his way to the summit of Muay Thai’s Mt. Olympus. 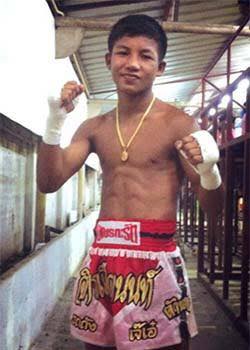 All adventures have to start somewhere, even one as action-packed as Rodtang’s. For the Iron Man, the journey began when he started training in Muay Thai at just 7 years old. This was in his hometown of Pattalung. He then had his first Muay Thai fight about a year later when he was 8 years old.

It’s a little ironic since Rodtang was actually shy and timid as a child. He also tried to avoid conflict as much as he could. This was a complete contrast to what his demeanor and attitude would later be as a fighter.

The norm for almost all fighters from Thailand is to start very young. Most of them come from poor backgrounds and need to start earning to provide for their families as soon as they can.

Eventually, he moved to Bangkok at the age of 14 in order to hone his skills as a fighter and search for better opportunities. The small gym in his hometown would no longer suffice for his need for better training. He joined the Jitmuangnon Gym in the capital city, renowned as one of the best gyms there. 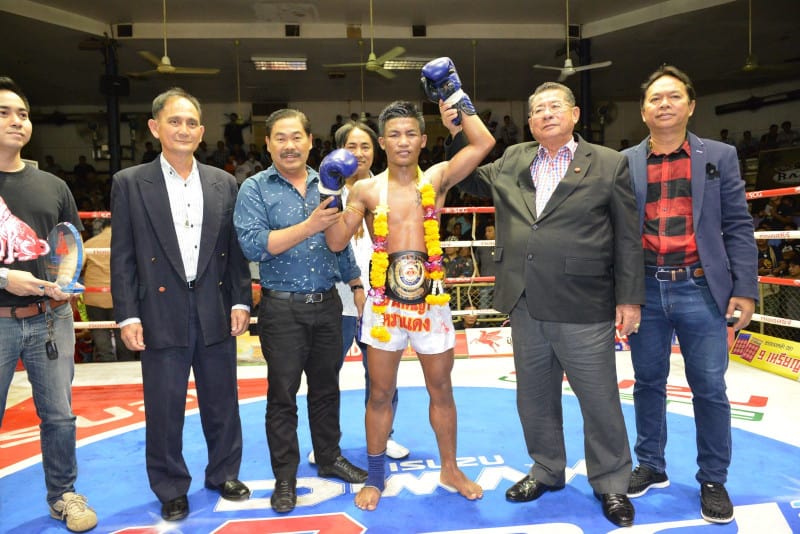 Rodtang was able to realize a life-long dream on January 2, 2016 when he won his very first world title. This was for MAX Muay Thai’s 125 lb title and he defeated Petchprakan Kor. Klanbut by decision to win it.

Just one month later, on February 2, 2016, he successfully defended the title when he defeated Petchprakan by decision once again.

It was the following year though, when Rodtang won his first true prestigious Muay Thai title. That was when he captured the vacant Omnoi Stadium 130 lb championship. He managed to defend that title twice, once each in 2017 and 2018. As it turns out, still greater feats are in store for Rodtang.

One of Rodtang’s most memorable battles was against Japanese Kickboxing superstar Tenshin Nasukawa. Their epic fight happened at Rise 125 held in Tokyo on June 16, 2018.

A key point of the match was that it was held under Kickboxing rules, which tended to favor Nasukawa’s style. Rodtang would not be allowed to use his full arsenal of weapons.

To say that the battle was exciting was an understatement. It was a terrific back and forth affair that sent the fans excitement through the roof. The two fighters gave fans and spectators an awesome clash of the two kickboxing styles. The general consensus favored Rodtang as the winner but Nasukawa seemed to have a slight edge as the hometown hero.

Indeed, the judges saw it fit to award a draw verdict after 5 the 5 rounds were over. Rodtang and his fans were surprised and somewhat dismayed but he couldn’t do anything but fight on in the extra round.

Eventually, Nasukawa was awarded the victory after he bested Rodtang in the extra round. But the point was that it probably shouldn’t have come to that as many felt that Rodtang had done enough to win after 5 rounds. In any case, the match only made Rodtang even more well known in the combat sports world as someone to watch out for.

In 2018, a major development happened to Rodtang’s career. That’s when he signed with ONE Championship to compete in their Super Series events and in its Muay Thai tournaments in particular.

He made his debut in the promotion on September 22, 2018 when he battled Sergio Wielzen at the ONE Championship: Conquest of Heroes event held in Jakarta. The Iron Man emerged victorious by unanimous decision.

Rodtang won what is probably the crown jewel of his achievements so far when he won the ONE Flyweight Muay Thai World title on August 2, 2019. He dethroned the UK fighter and defending champion, Jonathan Haggerty, at ONE Championship: Dawn of Heroes held in Manila.

Haggerty had called out Rodtang after snatching the title from Thai legend Sam-A Gaiyanghadao on May 04, 2019. It was an exciting match up with Rodtang gain scoring a fourth round knockdown and eventually won by unanimous decision.

Rodtang made one title defense before meeting Haggerty again for a rematch. In their return match, Rodtang left no doubt as to who is the superior between the two of them. He was able to knock down Haggerty 3 times to earn a 3rd round TKO victory in dominant fashion.

In his most recent outing at ONE, Rodtang again dabbled in Kickboxing. He earned a relatively easy and entertaining win over Tagir Khalilov at ONE Championship: Fists of Fury held in Singapore.

He has stated in the past and again recently that he wants to also try his hand at MMA at some point. His standing in ONE and being a fan-favorite will make that transition easy.

Whether it would be a major transition to MMA or he just wants to try his hand at another sport remains to be seen.

Things have never looked better for Rodtang. He’s a world champion for one of the most recognizable and fastest growing martial arts organizations on the planet.

He also recently signed a three-year sponsorship deal with Yokkao, perhaps the fastest-growing Muay Thai gear brand today. This was announced by no less than the company’s founder, Phillip Villa on Instagram.

There is also an array of possibilities just waiting for him to explore. These include his dream to compete in MMA or even further forays into Kickboxing. It’s all very exciting for him and his fans.

Whatever the future holds for Muay Thai’s Iron Man, one thing’s for sure – it’s going to be explosive!