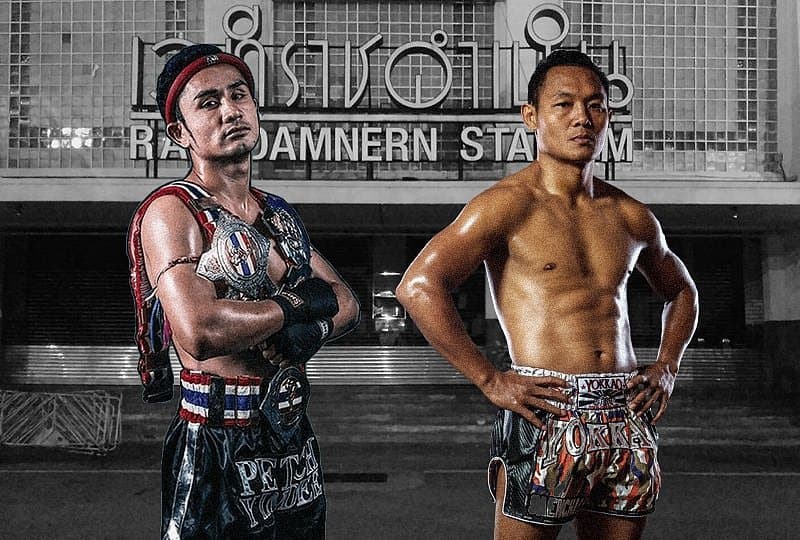 (Update 2nd November: Turns out this fight was never planned in the first place. Read the scoop here)

One of Thailand’s top Muay Thai promoter, Petchyindee, had plans for what would have been a Muay Thai fanboy’s wet dream come true. 2 of the most elite Muay Thai fighters of this era to return for a matchup at the prestigious Rajadamnern Stadium. Saenchai PKSaenchaiGym vs Sam-A Kaiyanghadaogym.

Forget Mayweather vs Mcgregor or Steven Seagal vs George Foreman, this is certainly one many Muay Thai fans would pay top dollar to watch.

Both fighters have retired from the top stadium fights, notably Sam-A who has been absent from the fighting scene since his move to Evolve MMA to be a Muay Thai instructor in 2016.

While Sam-A  did not formally announce a retirement, his last fight was in Japan for the Toyota Tournament in June of last year and he has devoted all his time to his role as an instructor. Saenchai has of course been active in Yokkao promotions as well as Thai Fight, albeit fighting lower-tiered foreign fighters. Nonetheless, given his age at 37, he has been a great source of inspiration and entertainment for Muay Thai fans around world.

There has not been any official statement from either fighter but word is that Sam-A has declined the fight due to a big weight disparity. Sam fights -or last fought- at 125 lbs compared to Saenchai’s current 135 lbs.

In fact, both fighters have never met in the ring in their career due to different weight class. However, it is more or less confirmed that both fighters will still be appearing for the 27th December Petchyindee X’mas show at Rajadamnern with opponents to be named in the coming weeks.

With the promoter’s strong influence in the industry, the 2 legends can expect to be matched up to worthy opponents that will not leave fans disappointed. Who would you like to see them fighting?