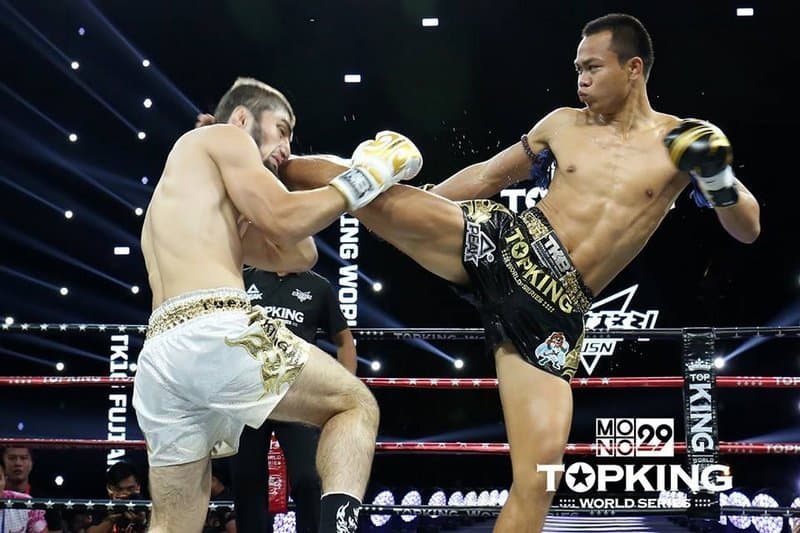 Muay Thai fans around the world were treated to 3 high-profile events last night that featured many of the most well-known fighters in the sport. 24 adrenaline-pumping fights all on one night, more than enough to send Muay Thai fans into a fit.

All-Star Fight 2 fired off the triple-treat night to a great start as Thai fighters went head-to-head with opponents from around the world. With no surprises, Buakaw adds another win in his main event match up against Sergei Kuliaba. Sergei actually put up impressive enough a performance to last the 3 rounds but clearly inadequate against Buakaw’s experience. YOKKAO’s most touted young star, Manachai finished his fight with a flurry of right elbows that left Laotian opponent Noukhith Latsaphao hitting the canvas a minute into the third round.

Right after the show, it was announced on All-Star Fight Facebook page that the next All-Star Fight will be held in the French capital of Paris on 10th December. This was not unexpected as it has been in the pipeline of the event’s projected milestone of going global. As the promotion’s leading man, Buakaw is certain to headline the show’s international debut. Pakorn and Manachai who have put up some great fights in the 2 All-Star Fight events to date are likely to be invited as well. Look out for more information in the months leading up to the event.

Over in Fujian China, the Top King 70 kg tournament semi-finals took place with great fanfare. Yodwicha tore apart his Russian opponent Saifullakh Khambakhadov with his signature knees and a sharp elbow that cut above the latter’s right eye. Referee signalled a brief timeout to have the cut checked but was given the go-ahead to continue with the fight which didn’t last long. Yodwicha ended the fight almost just as instantly as the fight resumed with a strong left hook that fell Saifullakh and even though he bounced back up on his feet, was too visibly shaken to continue after a 8-count. A round 1 KO win for the hot-favorite Yodwicha who is leaving a trail of blood along his way to the championship title once again.

Meanwhile at Thai Fight Barcelona, is it any surprise that Saenchai scored another easy win against opponent Juan Salmeron? No Kard Cheuk fight for Saenchai this time, just good old padded gloves. The pace picked up fast in the first round but remained unmemorable for the rest of the 3 rounds. A rather subdued fight overall. Juan got thrown down a good number of times and even with a number of good punches that connected with Saenchai’s chiselled face, the fight is typical of the legend’s fights in recent years against most foreigners. Even as Saenchai is fighting past his prime, the matchmaking for his bouts in Thai Fight has been lackluster with very few exceptions such as his fight against Chad Collins. There is no discounting his ability as a legend of the sport but it would be more fitting of his status to get matched to someone of a higher level.

Overall, it was a night of great Muay Thai action that no self-respecting fight fan would miss. Remember to check back often for the latest Muay Thai news or subscribe to my newsletter stay in the loop.