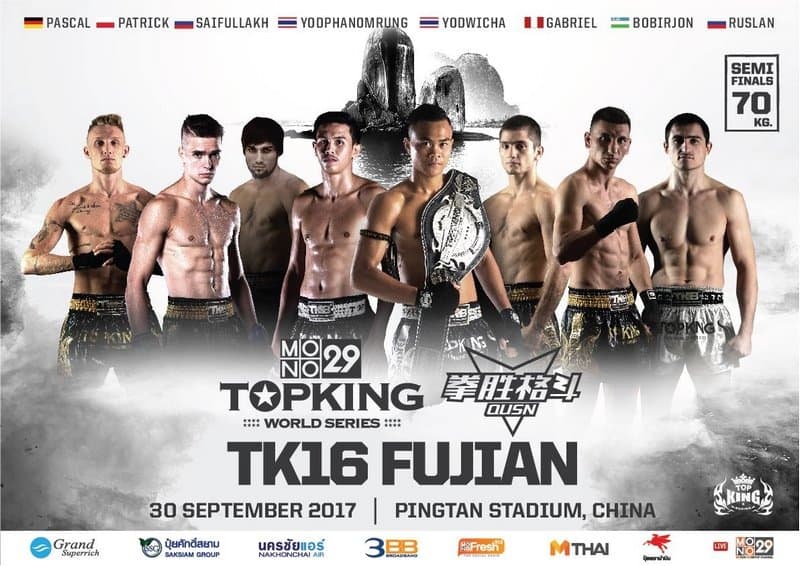 September is shaping up to be an action-packed month for Muay Thai fans. With YOKKAO 25 – 26 just over this past Monday, and All-Star Fight 2 set for the stage in 2 weeks’ time, there’s going to be another top event to vie for fans’ attention. Top King World Series TK16 goes to China once again and the date is set to clash with All-Star Fight 2 on 30th September!

The long-running Muay Thai promotion has been one of the most brutally entertaining fight events and one of my personal favorites. The series has featured many top fighters of the highest level today including Yodwicha Khemmuaythaigym (formerly Por Boonsit) and Sangmanee Sor Tienpo. Other elite fighters who have fought on Top King World Series in the past include Sam-A Gaiyanghadao, Pornsanae Sitmonchai and even Buakaw. The event remains one of the most popular and internationally-recognized Muay Thai promotions.

Top King has long expanded outside of Thailand and in recent years, the event has rallied a strong following in mainland China after a series of events in the country. For TK16, 8 elite fighters will descend on Pingtan Stadium in the Chinese Fujian province to contend for a place in semi-finals of the 70kg World Champion tournament, ultimately a shot at the prestigious title. The hot favorite to win the championship is none other than Yodwicha who is the current title holder. At TK15, he fought against 2 fighters, Damon Goodwin (Australia) and Kazbek Chor. Nateethong (Russia) back-to-back and completely annihilated both opponents. The fight card for TK16 is as follows: