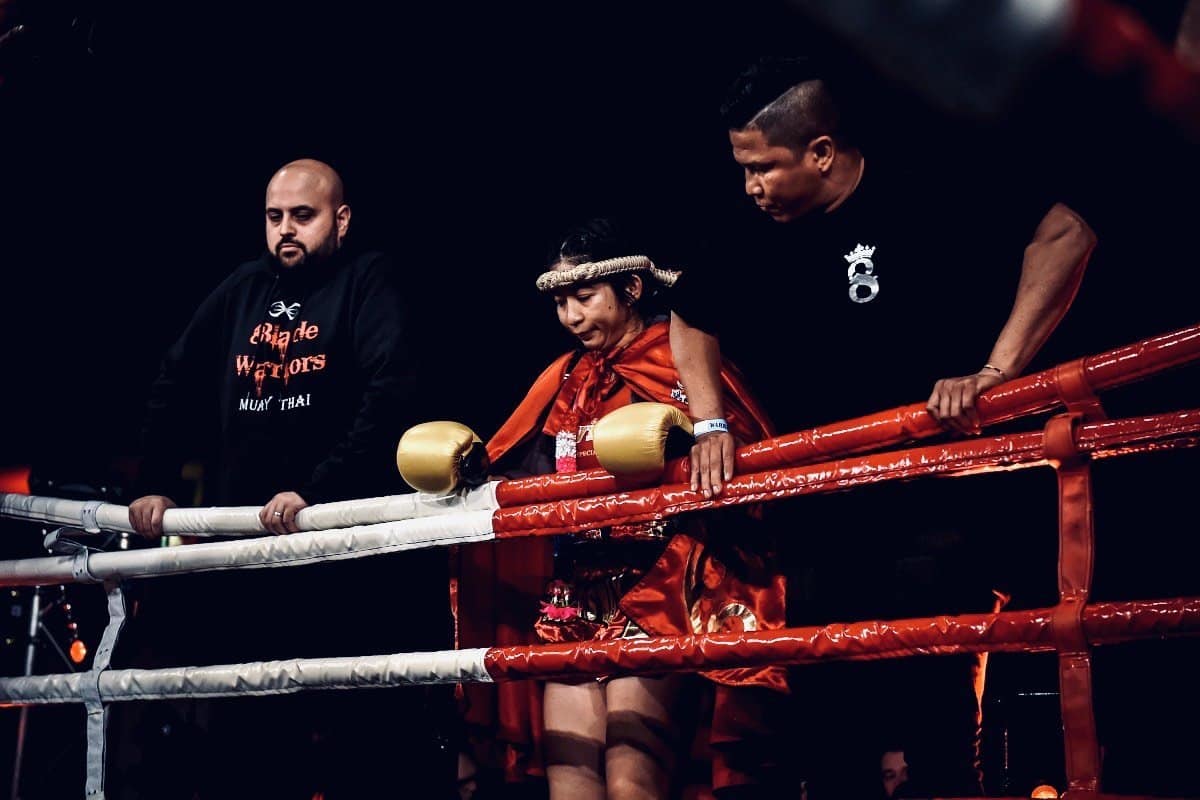 Editor’s Note: This article was originally published in Rough Asia.

For a Westerner, this can be confronting; it seems to send a clear message of gender-based hierarchy.

The Western female fighter in Thailand faces a dilemma; to enter the ring in a manner that symbolises gender equality at the expense of being culturally insensitive or even offensive, or to act respectfully towards Thai culture and acknowledge her lower status compared with her male counterparts.

What is more important; cultural respect or gender equality?

However, is it really that black and white? More tellingly, how do female Thai fighters resolve this conflict, or, do they even experience the conflict that the westerner perceives?

I spoke with two Thai fighters to understand their perspective on the matter. Loma Lookboonme is arguably one of the world’s most famous female Muay Thai fighters with more than 200 fights under her belt – some of them against males – and has recently transitioned to MMA; a bold and logistically difficult move for someone living in Thailand. Loma feels strongly about honoring the tradition she has been observing since she started training and fighting at the age of 7.

“I don’t know why we have this tradition, but it’s part of the belief system here.” At her home gym, she goes through the middle ropes – never over the top, but when she trains at Dejrat Academy, she always goes under the bottom rope.

Somsurat Rangkla immigrated from Thailand to Australia at age 17, and has been living in Australia for 17 years. She commenced her fighting career in Melbourne, Australia, five years ago under the tuition of a Western trainer.

She now trains with a Thai trainer. In a sense, Somsurat occupies a unique position; she understands and is very much part of both Thai culture and Western culture. She fights in Australia, and she could, if she wanted to, enter the ring over the top rope, as is the usual custom in Australia, however, Somsurat usually enters the ring under the ropes.

“It is Thai tradition” she says, “and it is important for me to respect my culture.” Somsurat made an important distinction between culture and gender:

Loma also refers to the importance of upholding tradition;  “When I fought in IFMA in Mexico, I went under the bottom rope; when fighting abroad, I will continue the tradition of entering under the rope.” Somsurat added an important qualifier to her statement; “ If it was a stupid tradition, I wouldn’t do it.”

I am not Thai – I spent about three years in Thailand and I make no claim to be an authority on Thai culture, or on Muay Thai. I don’t know what “the answer” is, but I can describe what I feel and why I made the decision to go under the ropes when I was fighting for a Thai gym.

I felt a similar desire to Loma and Somsurat to observe the tradition in which I trained and fought – even though, unlike them, I was not born into that tradition.

When I fought in America in 2018, I entered the ring under the bottom rope. I felt like I was honoring the Muay Thai tradition, the Thai gym I was representing, and the Thai trainers who taught me so well for the last three years – their own fight careers are many times more illustrious than mine is or ever will be, their knowledge and intelligence in the ring is unmatchable. Observing the Muay Thai tradition is a way of deferring to the culture and the incredibly rich history of Muay Thai.

My own journey – an Australian woman who battled stereotypes and family expectations to live for a period in Thailand training and fighting – is not unimportant, and the rise of both Westerners and women in Muay Thai are important chapters in the history of Muay Thai.

However, they are not the only chapters: in fact, they are only a small part of more recent chapters.

There is a very long and rich history and tradition of Muay Thai that predates the involvement of both Westerners and female fighters by centuries, and I feel that by entering the ring under the ropes, it is those generations of illustrious fighters that come before me that I defer to rather than gender inequality. When I enter the ring, I am part of a tradition much greater than myself and the chapter that I play a small role in.

Note: The author feels strongly that elbow pads do not belong in professional Muay Thai fighting for any fighters: elbows have always been part of the 8 limb tradition.